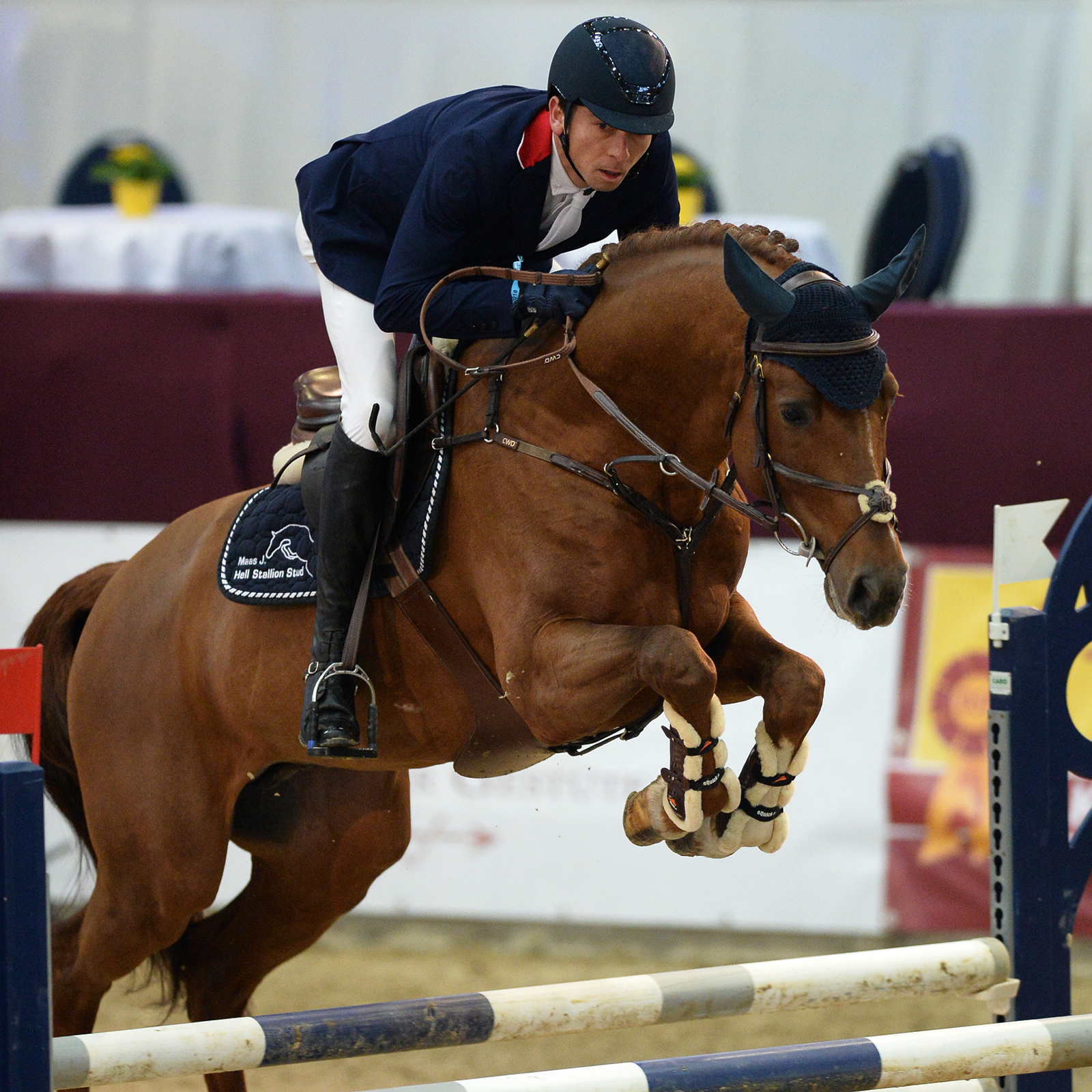 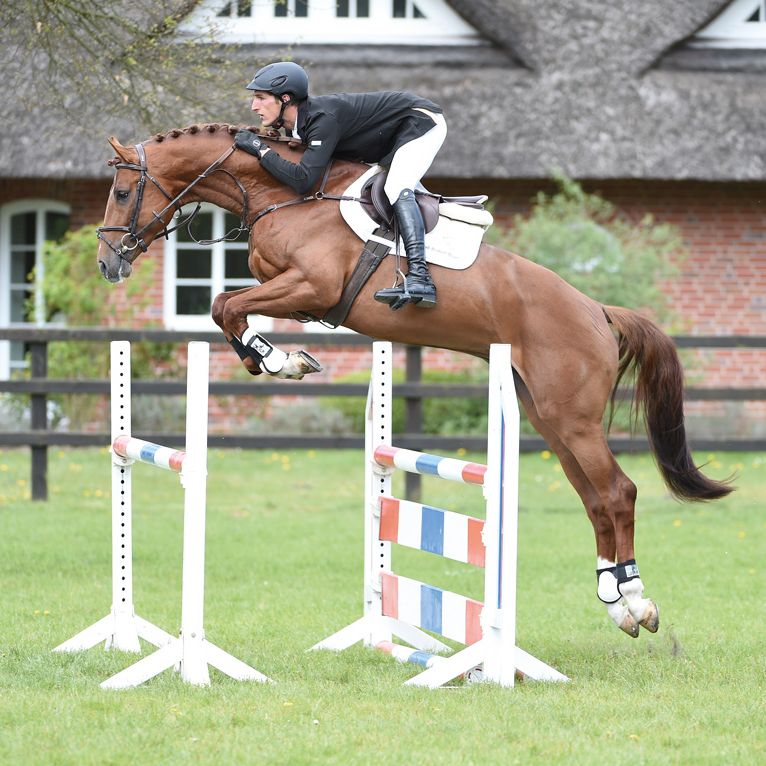 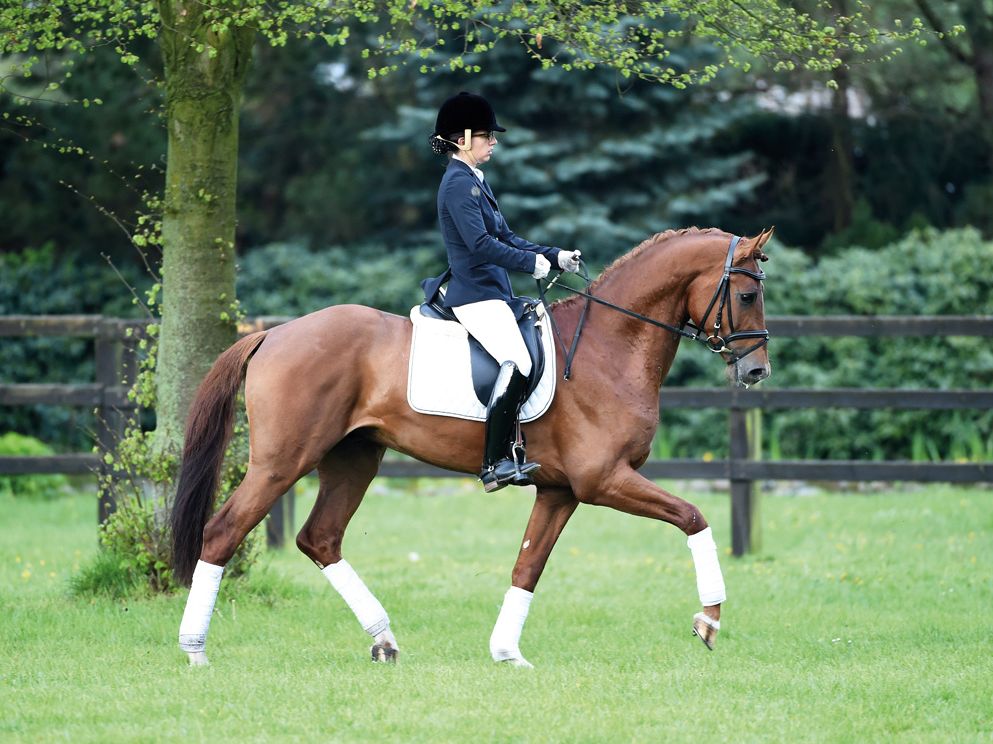 Approved for Holstein, Oldenburg International, Hannover (under the requirement of a positive approval of January 2018), Other associations on request

If you hear someone talking about “complete horses”, they are undoubtedly referring to horses such as this premium stallion of the 2014 main Holstein approval: Conditus captivates with his brilliant character, a great deal of nobility and charm, three exceptional basic movements, a high degree of elasticity, and light-footed, substantial jumps with optimal leg technique and bascule. His sire Casall, competing with Rolf-Göran Bengtsson (SWE), is a true star of international showjumping, having won numerous Grand Prixs and World Cup classes, as well as having achieved success at Olympic Games, World Championships and European Championships. His dam Penelope I (by Contender) had already produced sire Ci Ci Senjor (by Cassini I), who has achieved success in Denmark. Several siblings to Penelope (e.g. Carelino by Caretano Z) and Himalaja by Lord ( e.g. Cronstein by Candillo and Triton´s Zazu by Corrado I) compete successfully in challenging showjumping tests in both Germany and the USA. Third dam Blinke (by Landgraf I) also produced several successful S class jumping horses, as well as a approved son. In the third, fourth and fifth generations are Lord, Landgraf I and Cor de la Bryère A.N., all legendary sires of the Holstein breeding. Conditus represents line 5421, which has produced 33 approved stallions, including Cantares, Don Bosco, Quebec, Ramiros Bube, Ramiros Son I and II and the 2000 Hanoverian approval winner Don Crusador. From the Stallion Performance Test in Schliekau ended Conditus as one of the best, with a jumping end note of 9,0 plus in Dressage 8,16. Conditus was placed in Neumünster 1, 30 m with Takashi Haase in 2018.

Your IP adress will be sent to Google Maps.

Our website uses cookies to help us improve our website, provide the best possible service and provide an optimal customer experience. Here you can manage your preferences. By clicking on "Accept", you agree that your cookies may be used for this purpose.

Tools that collect anonymous data about website usage and functionality. We use those insights to improve our products, services, and user experience.

Tools that enable essential services and capabilities, including identity verification, service continuity, and site security. This option cannot be declined.